“As long as you can find yourself, you’ll never starve.” It is finally time to channel your fandom for The Hunger Games into a prequel. The popular Hunger Games movie franchise is all set to unlayer more 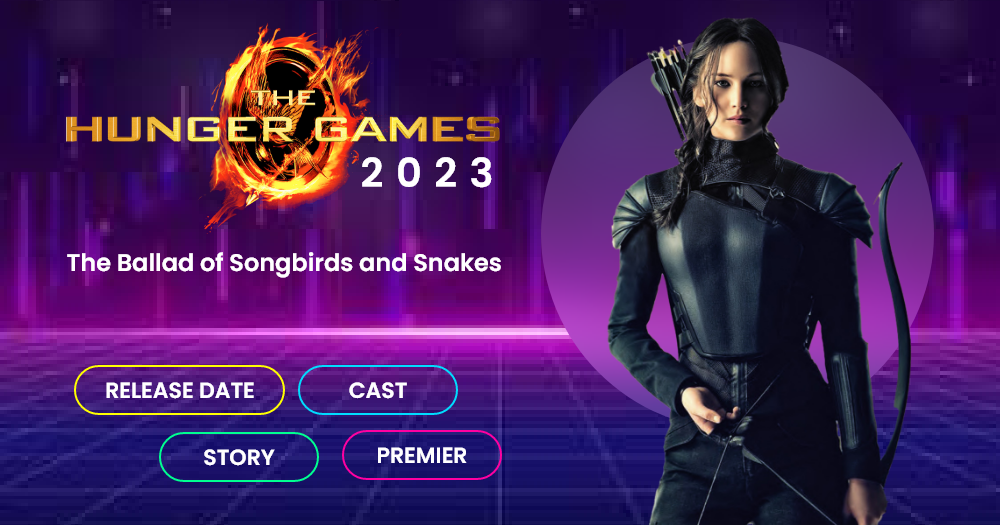 “As long as you can find yourself, you’ll never starve.” It is finally time to channel your fandom for The Hunger Games into a prequel. The popular Hunger Games movie franchise is all set to unlayer more to the story with a prequel film called The Ballad of Songbirds and Snakes.  Based on a book with the same title by Suzanne Collins, the beloved flick has sparked the excitement with the whirls of cast announcements and a riveting teaser. And we can’t keep calm. After almost a decade of Mockingjay 2, the Hunger Games story is slated to be told in theaters in November 2023.

The film nestles in the early days of an 18-year-old President of Panem, Coriolanus Snow (Tom Blyth). He is the light at the of the tunnel who is expected to save his lineage from diminishing. The young Snow is assigned to train Lucy Gray Baird (Rachel Zegler) and that is when the plot begins to show up.  As Lucy Gray brings the attention of Panem with her defiant singing performance during the reaping ceremony, Snow believes he might be able to take victory home. This newfound instinct for showmanship follows Snow and Lucy’s quest to survive against time. Now, we have our eyes set on the moment when the identity of songbird and snake is revealed.

Tom Blyth is going to play young Snow in the Hunger Games film. Previously, Blyth had appeared in Billy the Kid, and an episode on The Gilded Age. On the other hand, the audience will have Rachel Zegler as Baird. The star is known for her role in the West Side Story directed by Steven Spielberg. She will also be appearing in the action version of Disney’s Snow White. The duo will be joined by Hunter Schafer who will play Tigris, Snow's cousin, a loyal friend and an advisor. Josh Andrés Rivera, the West Side Story star, will play Sejanus Plinth, the fellow tribute mentor and a close friend of Snow. Jason Schwartzman will join the team as the Cesar-Flickerman ancestor - Lucretius "Lucky" Flickerman who is also the host of the 10th Hunger Games. The fury of tribute mentors include Festus Creed (Max Raphael),  Lysistrata Vickers (Zoe Renee), Arachne Crane (Lilly Cooper), Felix Ravinstill (Aamer Husain), and Pliny "Pup" Harrington (Ayomide Adegun) along with Vipsania Sickle (Amélie Hoeferle), and Domita Whimsiwick (Kaitlyn Akinpelumi). Laurel Mardsen, Ms. Marvel star, will appear as Mayfair Lipp who registers Baird’s name for the contest. The Physical and Fuller House actress Ashley Liao will act as Clemensia Dovecote, who is Snow's one of the closest friends.  Oh and didZ we mention other tributes in The Hunger Games 2023? Knox Gibson will appear as Bobbin from District 8, Jerome Lance will appear as Marcus from District 2, Mackenzie Lansing will appear as Coral from District 4, Sofia Sanchez will appear as Wovey from District 8, and Nick Benson will appear as Jessup from District 12.

The Hunger Games release date is pinned to November 17, 2023. It is definitely the waiting we’d like to skip but unfortunately can’t. However, we do have the option to grab the book and cozy up with the games that have a lot to tell. Because - as long as you have a book, you will never feel low.