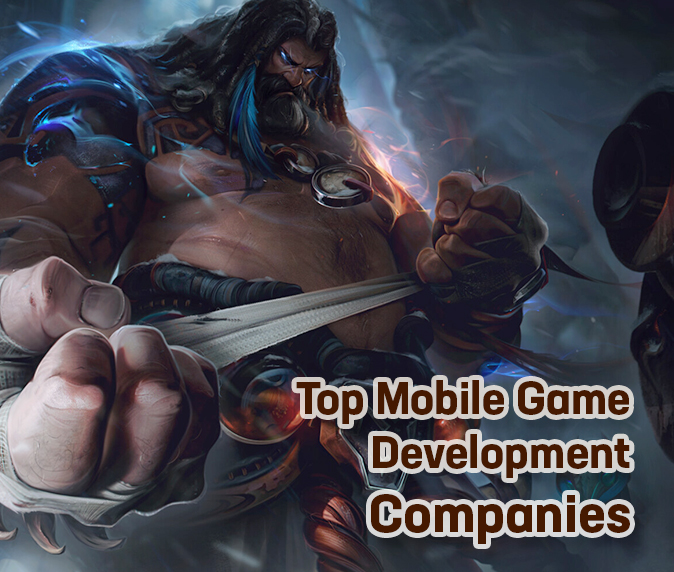 Out of all the mobile game development companies in the world, who will be the leaders in 2022?

This is a difficult question to answer. The global games market is huge and constantly evolving, so it's hard to predict which companies will be on top in just a few years' time. However, we can take a look at the current landscape and make some educated guesses.

What is Mobile Game?

Mobile game is a video game played on a mobile phone, smartphone, tablet, portable media player, or handheld console. Mobile games can be based on any genre, from first-person shooters to real-time strategy, and can be either single-player or multiplayer. Mobile games are typically downloaded from an app store or online marketplaces such as Google Play, Apple App Store, Amazon Appstore, or Windows Phone Store.

The global mobile gaming market was valued at over USD 46 billion in 2019 and is expected to grow at a CAGR of 9.5% during the forecast period 2020–2027. The growing adoption of smartphones and tablets coupled with the availability of low-cost data plans is fuelling the growth of the mobile gaming market. Moreover, the increasing number of mobile game developers is providing a wide range of games to choose from, further driving the market growth.

However, the high cost of mobile gaming devices and data plans is restraining the market's growth. In addition, issues such as device compatibility and data security are some of the major challenges faced by the mobile gaming industry.

Why Mobile games are getting popular these days?

The mobile gaming industry has seen a massive boom in recent years, thanks to the increasing popularity of smartphones and tablets. Mobile games are convenient to play and can be enjoyed anywhere, anytime. Moreover, the wide range of games available on mobile devices cater to all tastes and preferences.

Another reason for the popularity of mobile gaming is the low cost of entry. Unlike console or PC gaming, which requires expensive hardware and accessories, all you need to get started with mobile gaming is a compatible device and an internet connection. This makes it much easier and more affordable for people to get into gaming.

There are a few key factors to consider when choosing a mobile game development company. First, you need to decide which platform you want your game to be developed for. Mobile games can be developed for Android, iOS, Windows Phone, or any other operating system.

Once you've decided on the platform, you need to research the different mobile game development companies and choose one that has experience developing games for your chosen platform. It's also important to make sure that the company has a good track record and is known for developing high-quality games.

Finally, you need to discuss your budget with the company and make sure that they are able to develop your game within your budget. Mobile game development can be costly, so it's important to make sure that you are getting value for money.

Now that we've gone over what to look for in a mobile game development company, let's take a look at some of the top companies in the world.

1. How much does it cost to develop mobile games?

2. How long does it take to develop a mobile game?

3. What are the most popular mobile games?

Some of the most popular mobile games include Angry Birds, Candy Crush Saga, Clash of Clans, FarmVille, Hay Day, Puzzle & Dragons, and Words With Friends. These games have been downloaded billions of times and are played by millions of people all over the world. Mobile gaming is a rapidly growing industry with new games being released.

4. What are the most popular mobile games?

5. What are the best mobile game development tools?

6. How to market your mobile game?